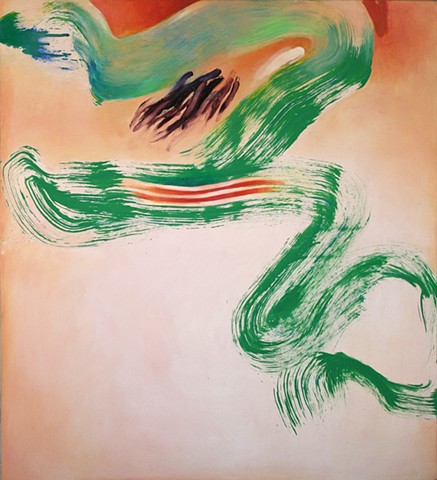 I am fond of mechanical prayer. I like all the objects humans have devised to do their praying on autopilot, thus freeing us to turn our conscious minds to other, more earthly projects. The problem with a conversation with Eternity is that it has no natural end, but really, I have other stuff I gotta do.

So we light fires and spin wheels (prayer wheels if you are Tibetan, roulette wheels if you are a gambler). We drive nails--there is a group in Africa where each nail pounded into a wooden god-figure is a prayer of violent longing but I think my carpenter father prayed by pounding nails, too, whether he meant to or not. We leave flowers, we pass beads through our fingers, we make shrines. You don't even have to officially believe that there is anyone out there to talk to, to have the urge to reach past your ego and into the wilder spaces of possibility.

I grew up in a tradition that privileges words when it comes to connecting to the Big Wow, with a standing exception made for certain kinds of music. All the non-audio forms of communication were labeled "superstition" if they were aimed at communicating with the Divine. Does that make sense? . Words and music are so ephemeral. How can a person communicate the standing waves of anguish and longing and rapture with sounds that are over as soon as you stop remembering to make them? And anyway, my most intense and articulate experiences are wordless. Daisetz Suzuki said "Zen is not necessarily against words, but it is well aware of the fact that they are always liable to detach themselves from realities and turn into conceptions...."

Prayer flags have word prayers written on them which are understood to be carried by the wind to where ever those words need to go. The Internet works really well for that too, but it looses the way the piece of cloth itself speaks the shape of the wind. And sometimes, the shape of the wind is all I have to say.

So here is this year's Vernal Equinox painting--a message and a path, written on the wind, going who knows where.

Namaste & Ciao (HA! That sounds like a law firm, doesn't it?)