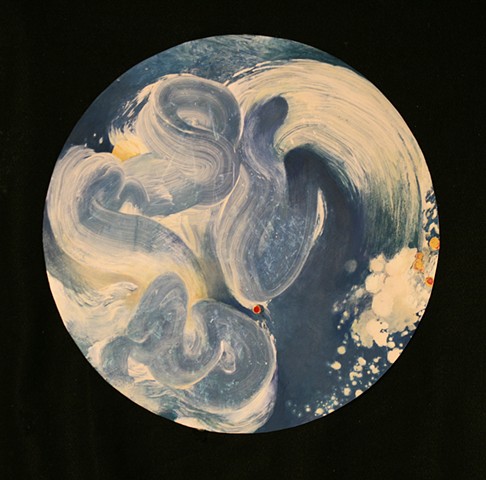 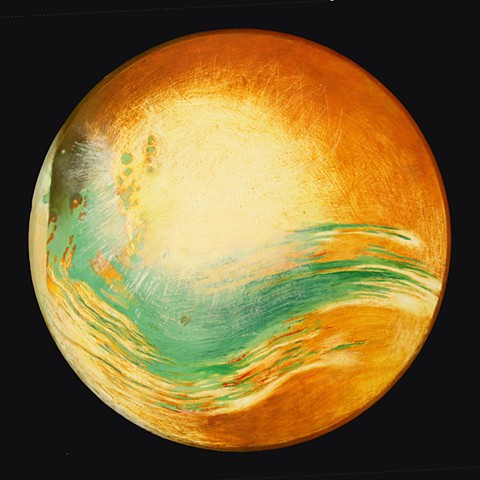 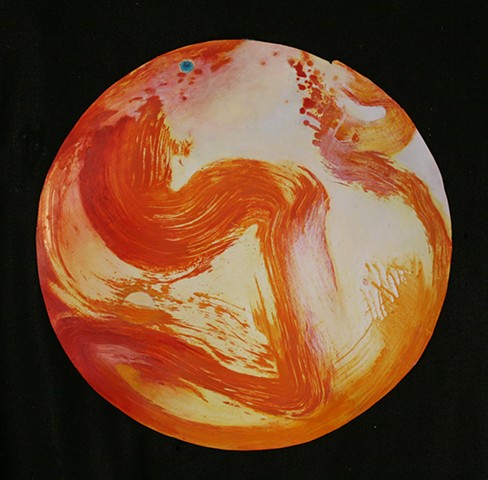 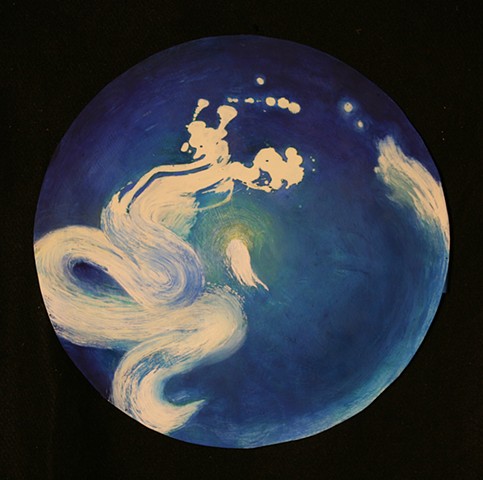 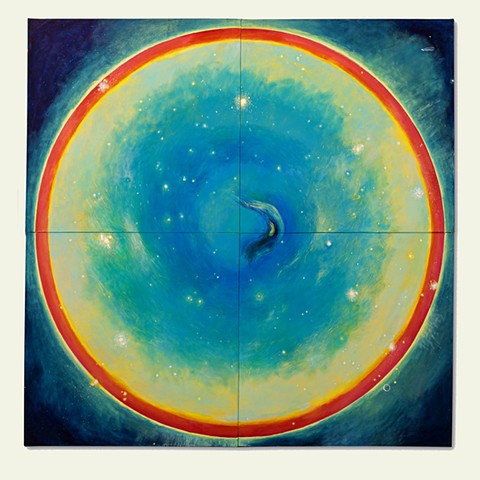 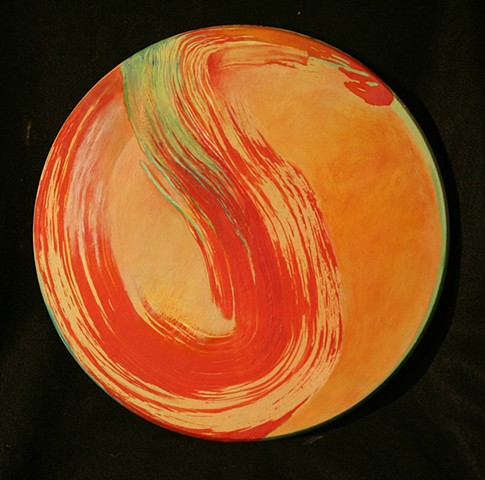 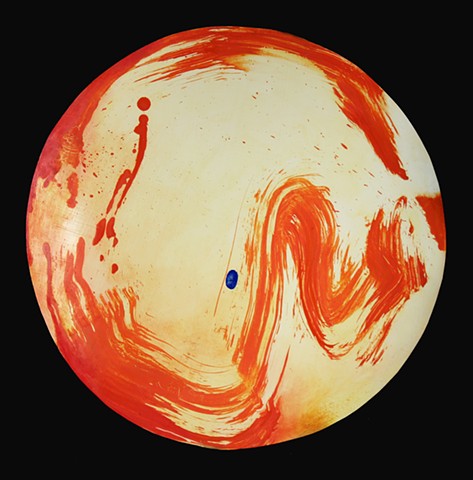 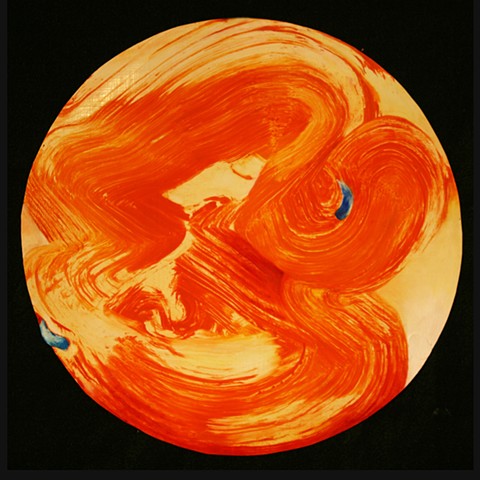 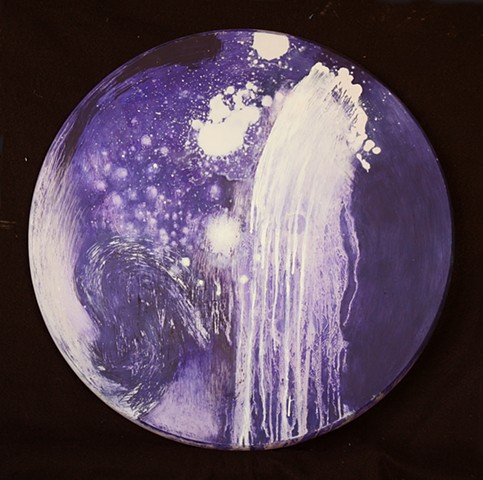 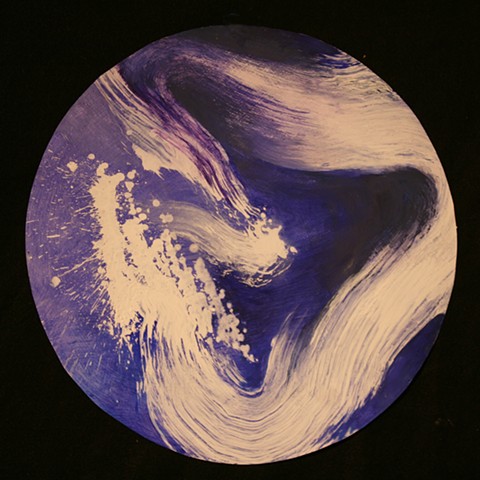 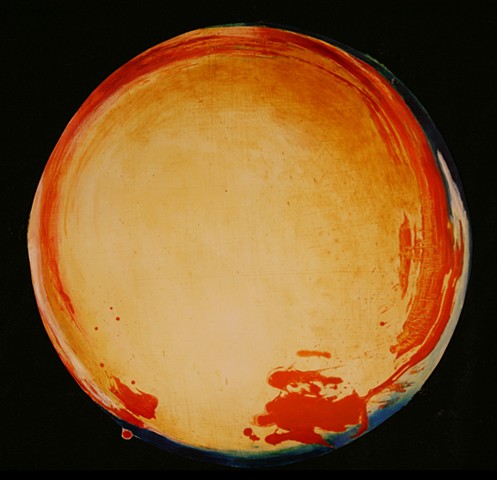 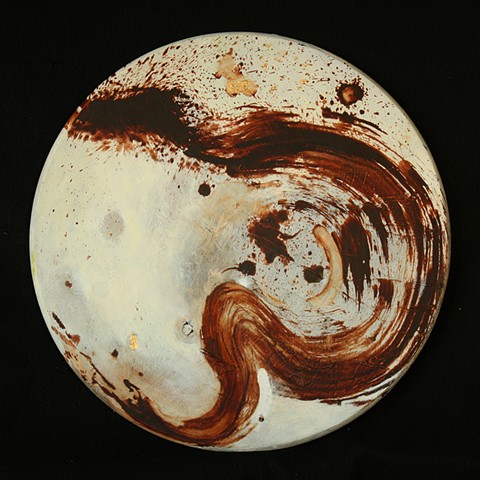 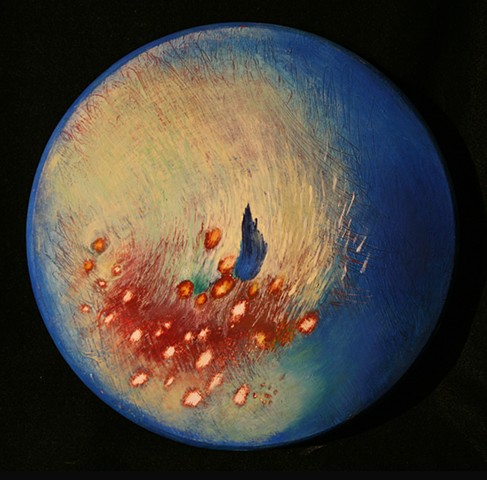 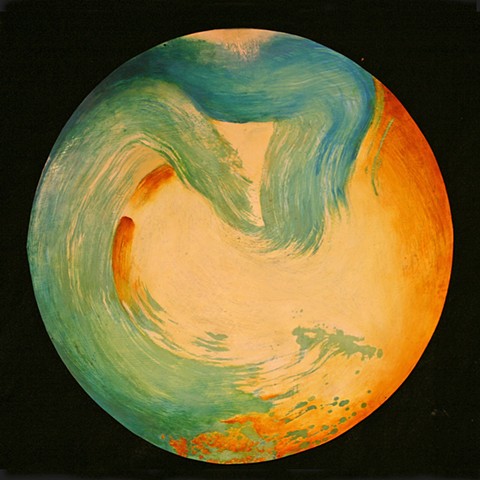 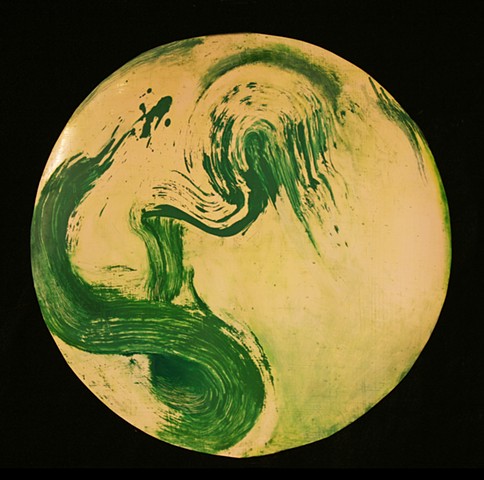 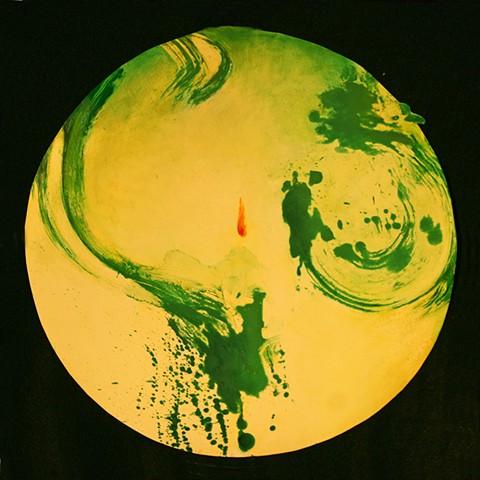 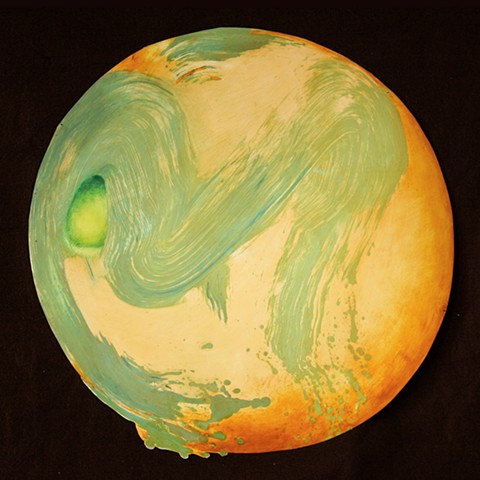 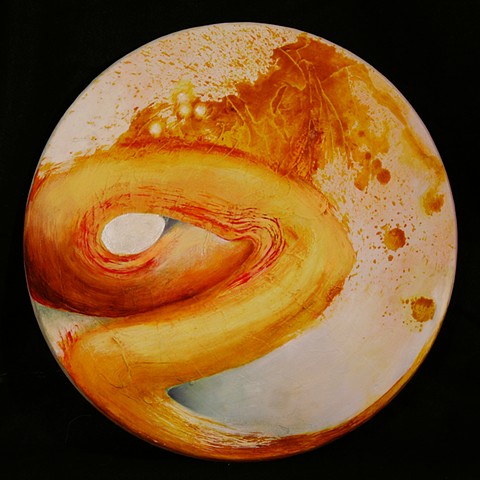 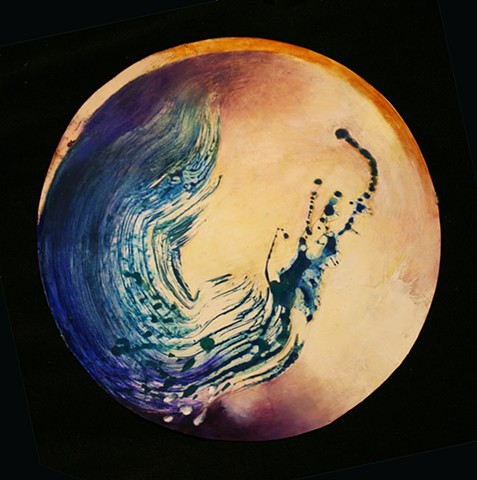 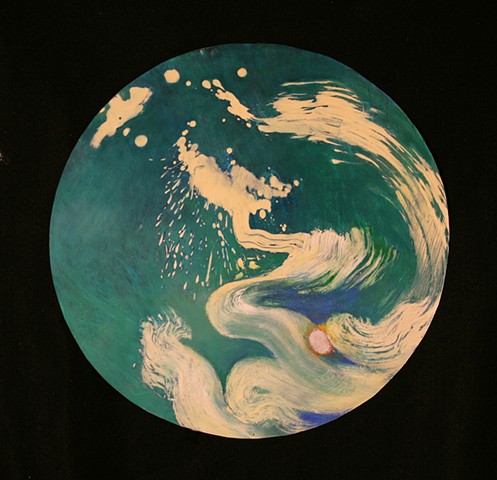 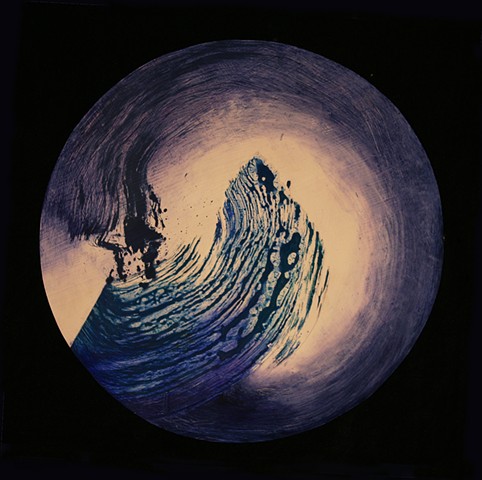 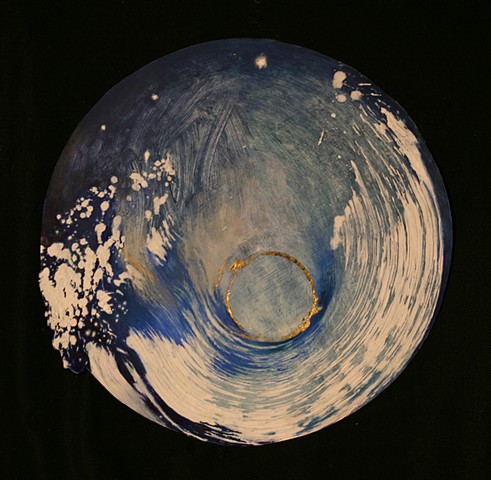 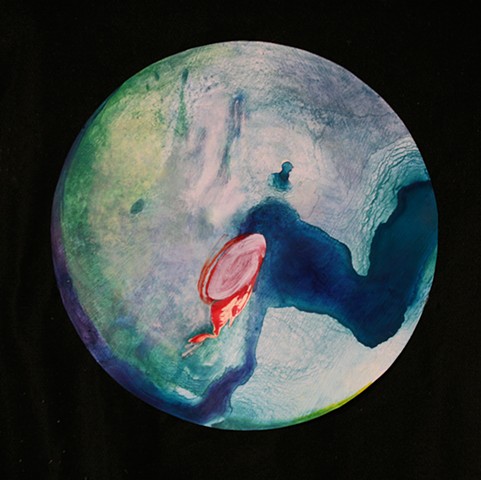 Shapes carry emotional meaning, or so say the psychologists, the advertising designers and the interpreters of doodles.

Tringles, on the other hand, take their corners fast and sharp. They are focused and sparking with energy. A triangle is the caution sign on the drivers’ test, or like the triangle hidden in the FedEx logo, an arrow going from point A to point B, just passing through, headed anywhere but here.

Circles aren’t going anywhere. They don’t need to, because, for a circle, Everywhere is Here.

During this endless anxious year of 2020, year of Covid-19, elections, and protests, I found myself obsessively painting circles, presumably looking for wholeness and peace. But then, tired of not going anywhere, I would put triangles and pointy shapes ricocheting around inside, or cram it with breaking waves or thunder clouds. Occasionally the circles look like planets or moons that we haven’t discovered yet. One of them gazes out on some deep space explosion, but in this case the explosion is distant enough to feel more like starlight than disaster. A couple of the circles look like a variation on the iconic yin-yang symbol. But in most of the paintings it isn’t just a yin-yang duality. There is a third element: a shape that symbolizes something precious and full of fragile possibility-- a flame, a seed, an egg… something that deserves to be fiercely guarded. Something not ready to be born yet. An infinity nested inside another infinity, waiting, hoping to survive long enough to begin.